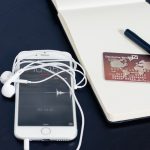 We spend a disproportionate amount of our time around the Team Turner-Bowman offices dealing with government forms and websites.

(Seriously though — can you or I get a gig as a web designer for the government? Those contracts run in the 7 figures … and the designs still look like something built using dial-up.)

But the annual release of this page is pretty fun: behold, the most popular baby names of 2014! (from our phone-and-form friends at the Social Security Administration) http://1.usa.gov/1HcO6ux

Now, moving from the sublime to the weighty: Sometimes it feels like all we face is turmoil. And this feeling is not restricted to those who live “month to month”.

This is especially true if we follow all the Facebook rabbit trails (at least the ones that don’t involve baby names) — it seems like much of the media is perversely incentivized to keep us discontent.

I have spoken of this before.

But it’s not just the media.

You see, I sit down every week with New York/New Jersey Metro families across a wide spectrum of financial means, and sometimes I notice something interesting, even in the families of those with great resources: “poor” thinking.

With all of the seeming turmoil, it might be a common temptation for my wealthy clients and friends to succumb to this kind of wrong thinking — the kind of thinking which they successfully avoided in order to attain the wealth they’ve achieved.

So I thought it appropriate to put together a small series on “right thinking”, when it comes to your resources. It may be a bit controversial, but I do hope you receive it in the spirit with which I write…. (And, as usual, I’d love your thoughts!)

Lillian Turner-Bowman Reveals 5 Ways We Avoid Keeping Better Money Habits
“Success is to be measured not so much by the position that one has reached in life as by the obstacles which he has overcome.” – Booker T Washington

In my line of work, I get to have deep and meaningful conversations with families about the things which they most care about. I LOVE those conversations, and I believe that understanding these deeper passions is “the only way to fly”, when it comes to financial work of any kind (be it tax, or otherwise).

Now, as I do so, I also run into people’s attitudes about their wealth.

I’ve made an unintentional — but close — study, over the years, of how money “works”, and just what it is that propels certain individuals and families into great quantities of resources … and what also brings them down.

You see, sometimes the very wealthy begin to act like they’re poor.

It’s the beginning of a bad problem. And, it’s also something to watch out for in your children — because it will give you a clear picture about what might happen should you bequest your resources to them without a clear plan. I’ve compiled a group of behaviors characterizing the financially-strapped. Avoiding these pitfalls will help you keep better money habits.

You may have resources NOW, but are you …

1) … spending money on things you really don’t need?
I’m sure we’ve all got one of those friends who just loves to spend money, and buy things just to say they have them. The newest iPhone just came out? They buy it even though they already have an older version. A new TV came out with a higher refresh rate than their current one? They buy one so they can say they have the newest and latest technology.

That may be fine for a certain amount of time, but there is something deeper happening in the heart there, which, if left unchecked, can signal a decline in wealth. Because it starts with the iPhones … but where does it end?

2) … ignorant about where your money is going?
Far too often people who are broke find themselves short because they’ve never tracked their monthly cash flow and their small expenses are adding up to consume everything they bring in. They really need to track their expenses for a month or two so that they can set up a plan.

But the wealthy sometimes begin to believe that they’re immune to such proletarian concerns, and allow the same bad habit to encroach into their portfolio. Don’t let up — but, of course, don’t fall into obsession. (E.g., are you checking your accounts every day? That’s also a problem!)

3) … blaming your problems on outside forces?
People don’t like to see themselves as the source of their problems. While people certainly have problems that aren’t caused by something they’ve done, far too often they will also try to shift blame when they should be looking at themselves. They blame their friends, family and the government. They believe that “the little guy just can’t get ahead”.

Are you doing the same thing? “It’s the market’s fault!”, “My financial advisor screwed me over!”, etc., etc. … again, signals of a deeper problem.

4) … more interested in having others think you are wealthy, than actuallybeing wealthy?
People who are always broke like to be seen as wealthy and successful, even if looking that way to others means that they’re actually forfeiting the possibility of being wealthy in reality.

Are you pumping your resources into an image? Are you “investing” in items which, really, are more about how people will see you than how they will help your net worth?

5) … not planning ahead?
For the poor, money is short because they haven’t set up a family budget, and a saving and spending plan. When they set up a monthly cash flow forecast, and know exactly what they’re going to spend in what categories — they’ll do much better. If you fail to plan, you can plan to fail, right?

Again, many resources can lead to laziness in this area. Don’t let up with it.

I will have more to say on this topic next week.

Until then, I do hope you receive this in the affection with which I wrote it.

I am, warmly, yours,