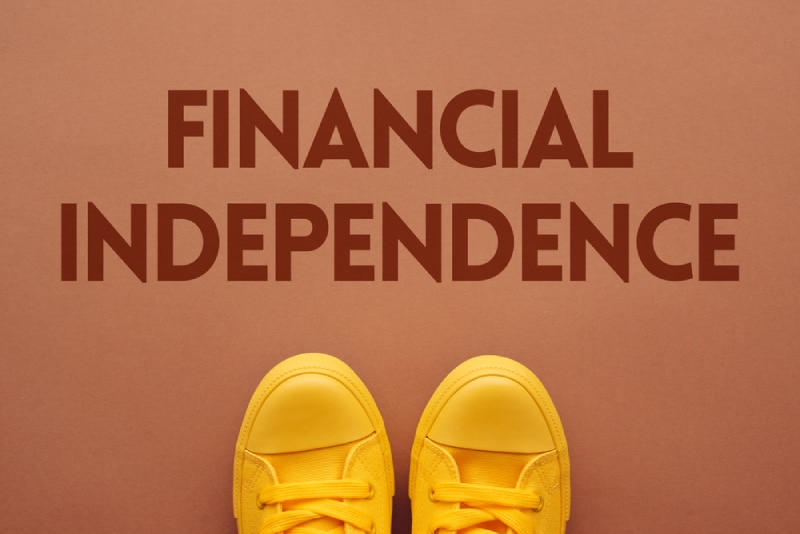 In our digitally saturated age, it takes somebody with an iron will to not be impacted by the environment around us. There is a sense of impending doom among some of my New York/New Jersey Metro clients, a weight of cultural fissure and confusion. More and more think pieces are bubbling up about the possibility of open societal conflict.

These are not happy thoughts. And those thoughts have left many in New York/New Jersey Metro wondering how to gain financial independence so they can weather any possible storms. More on that in a minute.

This might also cause us to feel that the events we celebrated this week on July 4th are in the very (very) distant past.

But I still believe that, seen in light of the circumstances of our time, the Declaration of Independence was a bit of a miracle. It was an act of incredible bravery by many people who had plenty to lose by adding their names to it.

With all of our flaws as a nation, the notion of a country founded upon principles (however poorly executed, both then and now) was a significant innovation and rightly worth tossing rockets into the air to celebrate and honor.

But, as we all know … “independence” is not something that we can always count on. It has to be protected.

And I am not talking about our nation anymore … I’m talking about YOU and anyone in Brooklyn who’s ever wondered how to gain financial independence.

Lillian Turner-Bowman’s 4 Keys For How To Gain Financial Independence
“Focus on being productive instead of busy.” -Tim Ferriss

Often, as we strive to keep our heads above water in these culturally crazy times, it’s easy to lose sight of why we’re all working hard each day. What is the goal? What is it we’re trying to accomplish by earning wealth? For me — and for many others — we are striving to figure out how to gain financial independence.

Now, I would define this as “having an income sufficient for your basic needs and comforts from sources other than paid employment.” Independence implies freedom. It’s the condition of having saved enough money that you can do whatever you choose. Whether you elect to keep working doesn’t matter — you have enough saved and invested to follow your dreams.

But is independence (in the monetary sense) just a pipe dream? Is it something only for the lucky and the strong? No, it’s a goal that anyone can reach, as long as they’re armed with some basic knowledge and make some smart choices.

As I see it, there are four keys for anyone in New York/New Jersey Metro asking how to gain financial independence:
1. Start investing as early as possible. It takes significantly less money to accomplish what you want, and you have more time working for you.
2. Be determined to save on a regular basis. It is an easy way to accumulate wealth — especially when it becomes an automated component of your monthly plan.
3. Begin investing with the largest possible sum you can. You will have more money working for you over a longer period of time.
4. Reach for the highest rate of return you believe you can safely receive on your money over time. Each additional percent is important. The higher the rate, the less money it takes to accomplish what you want.

The keys for gaining financial independence are built upon these four guidelines.

What Holds Many People Back in New York/New Jersey Metro
In order to save money, you must fight to keep from spending it. I encourage you to set goals, to prioritize wants. Since money can be spent only once, you need to decide which wants are most important. To do this, it may be helpful to place a value on each of your wants.

So … here’s an exercise for the week: Pull out a piece of paper and list your wants.

These can range from a new house to a hot tub to a trip to London to a new blender for the kitchen. Next to each item, write why you want it. (You might want a hot tub, for example, because it would allow you to relax with family and friends.)

When you’ve finished, take another piece of paper and re-order the list based on how important each want is to you. If a trip to London tops the list, are you still willing to delay it by spending $40/month for that gym membership you rarely use?

Confront this issue first (keeping in mind those four keys to gaining financial independence mentioned above), and I’ll be back with more thoughts for you next week.

I’m grateful for your trust, and for your referrals.

For a look at your plans, and how your personal financial decisions are impacting your freedom (and your taxes) … we’re right here:

Lillian Turner-Bowman’s 4 Keys For How To Gain Financial Independence07.13.2021