Lillian Turner-Bowman’s Four Good Reasons To Give, No Matter The Tax Deduction 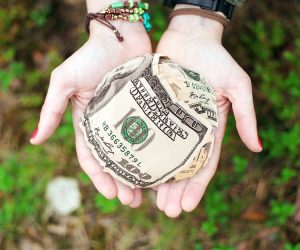 I’ve finally discovered the real secret of these holidays.

It is the one common thread through every faith this time of year, and it is one of the most unifying factors in our Western culture.

I say that with a good helping of eye-rolling. Whichever faith tradition you hold dear, it’s likely to have become extremely commoditized and “product-ized” around this time of year.

And we all complain about it, reliably, loudly and regularly — yet there we are at Macy’s, stocking up on plastic toys and off-brand cologne, all to “celebrate” the holiday. (And that’s a taste of my weekend, by the way…and I’m tired).

Now, far be it from me to decry the operation of a healthy economy, but I think it’s fair to say that there’s a tad bit more to what we are all celebrating than simply an excuse for nice sales.

So may I make a humble suggestion? Regardless of your tax-deduction needs, consider making GIVING a large part of your holiday plans.

Now, when I talk about this, I occasionally make some people angry. There are people who don’t ever feel like it’s appropriate to part with their hard-earned money, and they don’t like how many people or organizations sometimes feed off guilt, when it comes to making their pitch.

So, this post is for you, if you’re in that camp … but also, as a little “bump” for those who may still yet struggle with feeling benevolent.

Lillian Turner-Bowman’s Four Good Reasons To Give, No Matter The Tax Deduction
“When in doubt as to what you should do, err on the side of giving.” – Tony Cleaver

As often is the case, when I tell someone my profession this time of year, I get cornered for tax tips.

When I mention giving to charity, sometimes I hear about how and why charities are terrible investments.

In these cases, I’m usually too interested in avoiding arguments, so I don’t often share this sort of thing in person. But here’s what I WOULD say to Giving Scrooge: four good reasons why you should be giving money to charity, right now — regardless of the tax deduction or even the impact the money will create…

1. Your heart changes.
Studies show that when individuals spend money on gifts for friends or charitable organizations, their happiness increases — while those who spend on themselves get no such boost. Even Scrooge can agree that everyone wins.

2. You’re likely to just blow it on something dumb anyway.
As pious as you are, there’s still extra money in your budget somewhere. Create a budget for charity donations, then take some of your extra money (each month or each year) and donate it to charity. Use your spending money to make a difference instead of spending it on Brookstone junk you’ll use once. And if you think you don’t have enough, take that extra 2% you’ll be earning next year and put that toward a charity fund. For someone making $100,000, that’s $2,000.00!

3. Face it: If you don’t help now, you never will.
Don’t pretend that instead of giving money, you’re going to donate time. When was the last time you volunteered at a soup kitchen? Don’t let your mind fall for this trick. Send the money now or you’ll end up giving nothing.

4. Be a leader, not a follower.
This is the biggie, in my opinion, and perhaps the most important. There’s something intangible that happens in your psyche when you cut a big (or relatively big) check to someone in need, or to a charity organization. You feel more powerful — more dynamic. You signal to your own soul: “Money doesn’t rule me. I have more than enough, so much more than enough that I’m giving it away.” Then, of course, something special often happens: more money seems to find itself in your hands.

I’m not advocating a mystical pay-it-forward scheme or weird “prosperity-style” theology; I’m simply making the observation over years of being a student of how money works. And, perhaps ironically, it just seems to find itself in the hands of those who give it away.

So — was any of this convincing? Did it help you see things in a new light? Let me know…

NEW STRATEGY FOR YOUR FINANCES